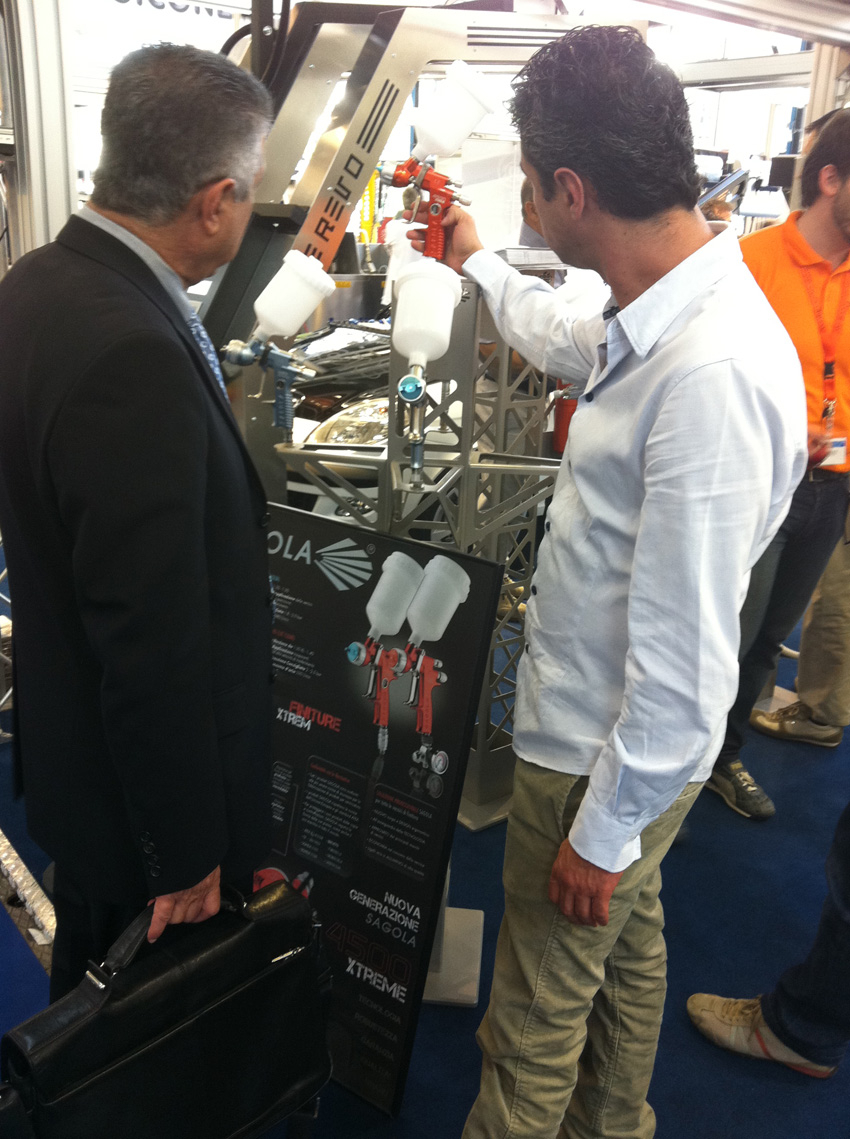 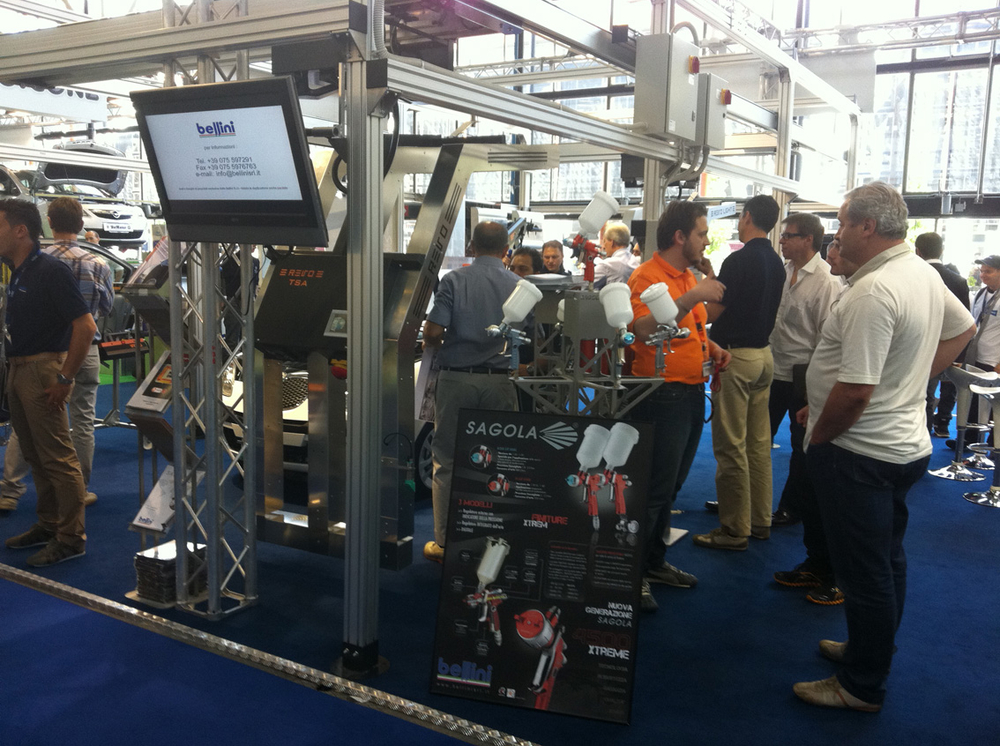 SAGOLA presented its new spray gun 4500 Xtreme and the renewed line of filters series 5000 in the trade fair Autopromotec in Italy. This exhibition, which is considered to be one of the most important ones in the automotive sector in Europe, took place in Bologna from 25 to 29 May. SAGOLA took part in the stand of our official importer for Italy, BELLINI, who showed the new gun to its complete bodyshop distribution network in Italy. Both distributors and end users gave a great reception to the new products that were presented in the Exhibition, as well as the Italian main paint manufacturers who pointed out the ergonomics, design and performance of the new 4500 XTREME, considered to be one of the best spray guns in the world. BELLINI also showed in the exhibition other popular models in the Italian market, such as the 3300 PRO and the MINI XTREME. This opportunity was taken to present the new line of filters series 5000, among which models 5300 and 5200 are worth pointing out, which are especially designed for the new waterborne and HS paints. During the event, SAGOLA and BELLINI’s commercial and technical team, headed up by GIUSEPPE BELLINI, held a meeting to know first-hand the positive reactions of the Italian market to the new spray gun and to study joint actions. Technical department of SAGOLA, together with BELLINI’s training centre in Italy, are doing an intense job of product introduction and technical support to distributors and users of the bodyshop sector in Italy. 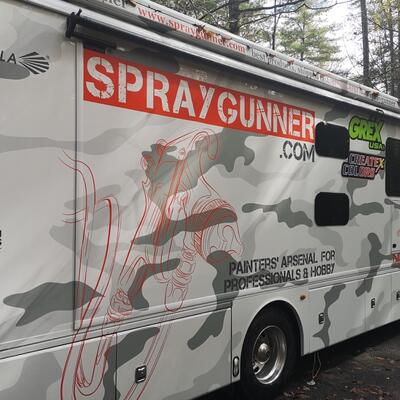 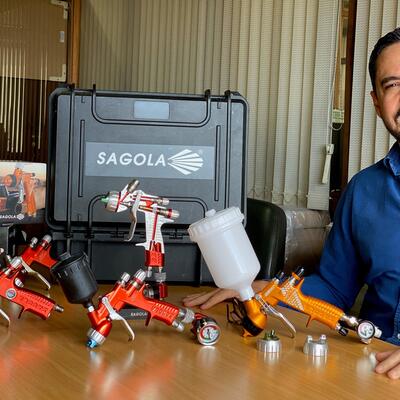 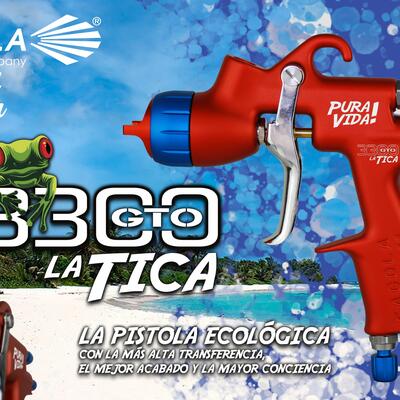 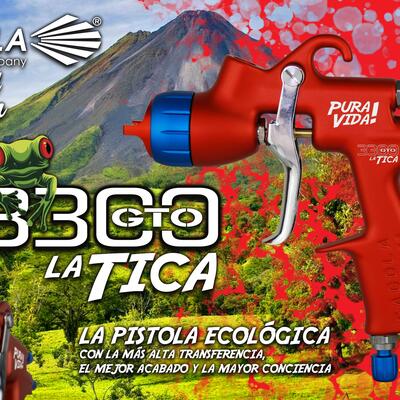 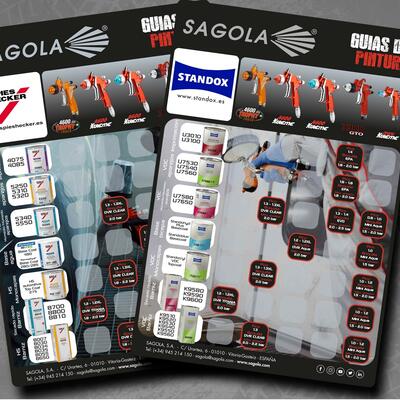 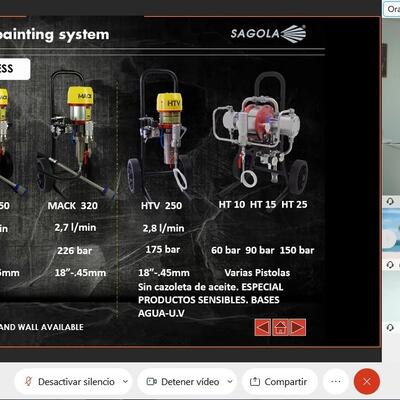 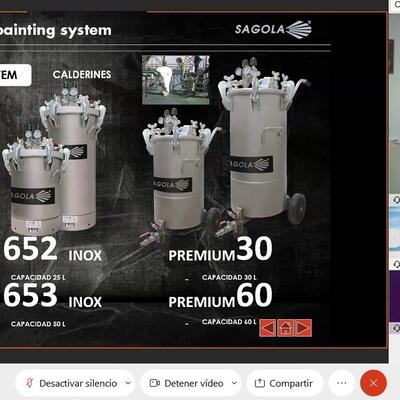 Sagola bets on the industrial sector in Chile 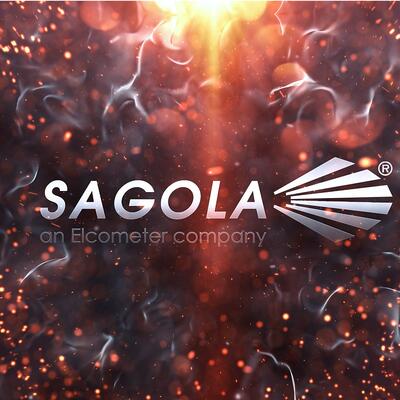