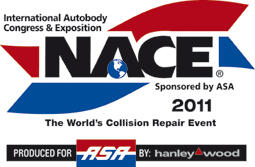 NACE, the International Autobody Congress & Exposition. With the cooperation of our partner and importer SPRAY-TECH SOLUTIONS LLC, SAGOLA will introduce the latest news for the automotive market in the USA. In this exhibition, NACE, the International Autobody Congress & Exposition, that will take place on October: 6, 7 and 8, SAGOLA aims to present to the visitors the new products model such as 4500 Xtreme, Mini Xtreme, 3300 Pro and all 5000 filters range. We would be delighted to attend you in the N1166 Stand together with our partner SPRAY-TECH SOLUTIONS LLC. The exhibition takes place at the Orange County Convention Center, in Orlando.
END_OF_DOCUMENT_TOKEN_TO_BE_REPLACED 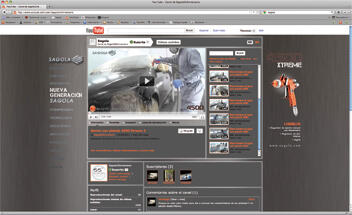 Subscribe to be updated with all product application videos that SAGOLA releases. New SAGOLA YOUTUBE channel where our product users will be updated with the latest videos released by SAGOLA. With the latest videos that are reproduced in our channel, we would like to take an step further in training for our distributors and users and in the same way a relationship commitment. Subscribe and discover the new in 4500 Xtreme range.
END_OF_DOCUMENT_TOKEN_TO_BE_REPLACED 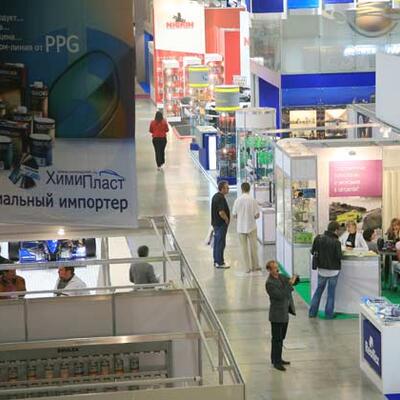 Mocow International Automobile Salon. Sagola will attend Moscow INTERAUTO fair held at the Crocus Expo Ra Moscow (Russia) from 24 to 28 August. Our company will be at the official Spanish pavilion of the ICEX (Pavilion 2, Hall 7, Stand K153). Continuing with our international experience, SAGOLA attends the fair with the aim to boost our international market presence , in this case, the bodyshop sector within the most important fair of the sector in Russia. We will take the opportunity to officially present our new 4500 XTREME spray gun, with which we have succeeded in the international markets due to the worldwide paint manufacturers approvals. Therefore, we will bring to this country the rest of new products launched this year such as the 5000 series filtration sytems. Another claim for the fair, is the PRO 3300 spraygun, which will draw the visitors attention. With a very ambitious project for this country, SAGOLA is willing to boost its presence in Russia with a distribution project for all the country that ensures service and development of SAGOLA brand in a economy pilar such as Russia .
END_OF_DOCUMENT_TOKEN_TO_BE_REPLACED 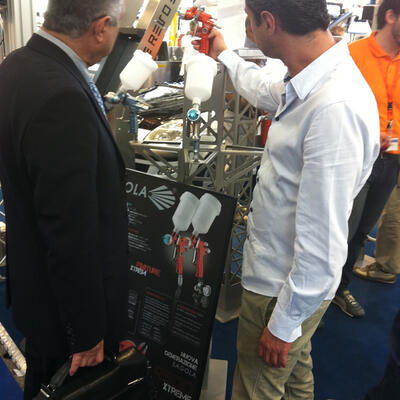 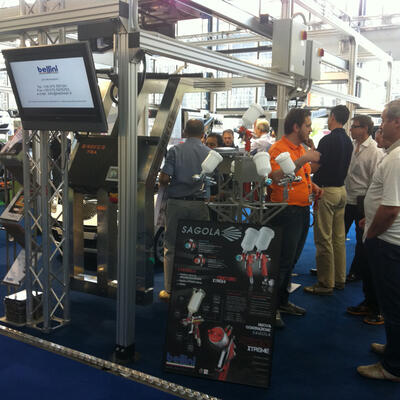 SAGOLA presented its new spray gun 4500 Xtreme and the renewed line of filters series 5000 in the trade fair Autopromotec in Italy. This exhibition, which is considered to be one of the most important ones in the automotive sector in Europe, took place in Bologna from 25 to 29 May. SAGOLA took part in the stand of our official importer for Italy, BELLINI, who showed the new gun to its complete bodyshop distribution network in Italy. Both distributors and end users gave a great reception to the new products that were presented in the Exhibition, as well as the Italian main paint manufacturers who pointed out the ergonomics, design and performance of the new 4500 XTREME, considered to be one of the best spray guns in the world. BELLINI also showed in the exhibition other popular models in the Italian market, such as the 3300 PRO and the MINI XTREME. This opportunity was taken to present the new line of filters series 5000, among which models 5300 and 5200 are worth pointing out, which are especially designed for the new waterborne and HS paints. During the event, SAGOLA and BELLINI’s commercial and technical team, headed up by GIUSEPPE BELLINI, held a meeting to know first-hand the positive reactions of the Italian market to the new spray gun and to study joint actions. Technical department of SAGOLA, together with BELLINI’s training centre in Italy, are doing an intense job of product introduction and technical support to distributors and users of the bodyshop sector in Italy.
END_OF_DOCUMENT_TOKEN_TO_BE_REPLACED 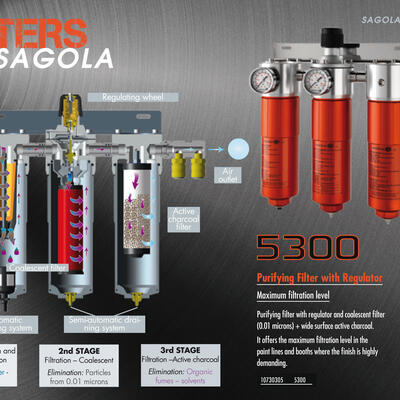 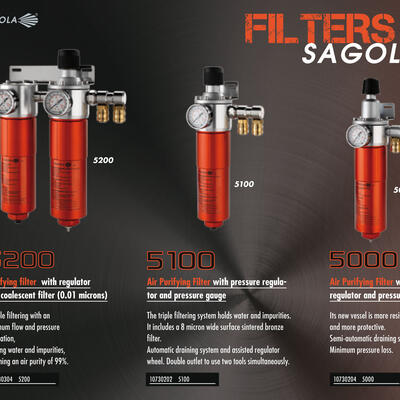 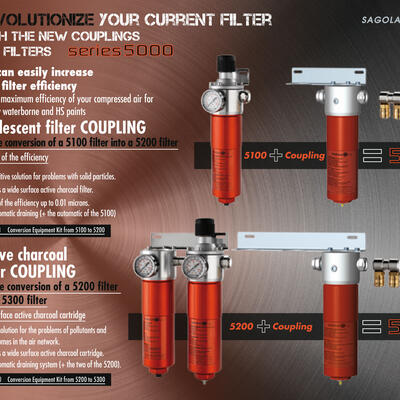 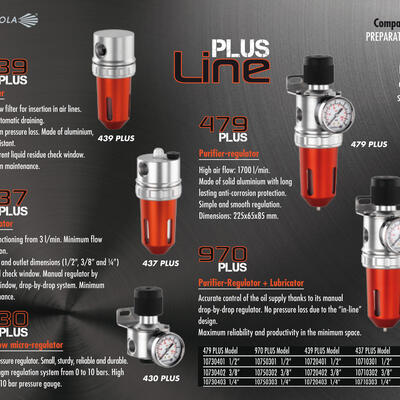 All 5000 range has been renovated, matching the corporative colours, and making more visually attractive the existent top range filters offer, specially the best selling models, due mainly to the new paints needs; like HS clears and waterborne paints. With the 5200 and 5300 models leading this range. Air filtration systems able to offer a top air quality; with 0,01 micron of solid particles filtration, and chemical filtration, avoiding any kind of pollutant gases in the line, and giving a breathing quality air supply. Also, following our compromise with all those shops that already put their trust in us, and bought our air filters before, we from SAGOLA have designed a new upgrade kit, that makes possible, in an easy way, to upgrade and increase the performance of previous 5100 and 5200 units, adding a new stage to these, and making them become a latest generation filtration system, with a low investment cost. There are two different versions, depending on the existent filter: Ref. 56418521- UPGRADE KIT FROM 5100 TO 5200 (Coalescent stage) Ref. 56418520- UPGRADE KIT FROM 5200 TO 5300 (Active Coal stage)
END_OF_DOCUMENT_TOKEN_TO_BE_REPLACED 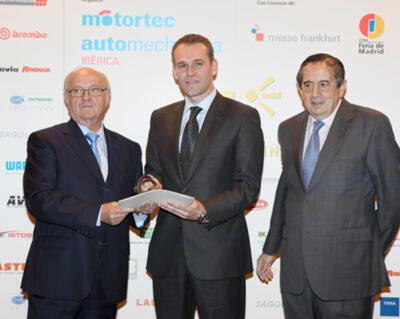 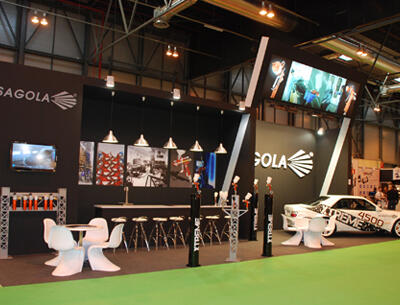 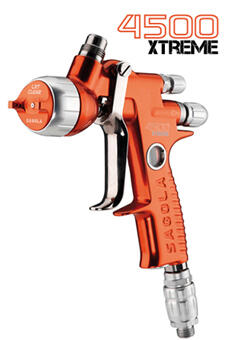 The Spanish manufacturer of painting equipment, spray guns and filtration systems really appreciates. Sagola took the opportunity to present its new products at the International Automotive Parts, Equipment and Service Suppliers Trade Fair, among which the new 4500 XTREME spray gun is noteworthy, being awarded in the Innovation Gallery as the most avant-garde product in the after-sales sector, in the paint and bodywork section. All versions of the new Sagola spray gun perfectly meet bodywork current needs, being worth mentioning the DIGITAL version, which works with four different types of aircaps in HVLP and EPA for varnish as well as for waterborne paints. Therefore, members of the Innovation Gallery jury, led by José Antonio Jiménez-Saceda, president of the Organizational Committee of Motortec Automechanika Ibérica, and the visitors who wanted to participate with their votes, chose the new Sagola 4500 Xtreme spray gun as the flagship product in the paint and bodywork section thanks to its technical advances such as high transference and performance, which is addressed to all new refinish paints for the car repaint sector. Likewise, Sagola really appreciates the interest shown by the public attending the trade fair, who did not hesitate to visit the stand of the Spanish manufacturer to see the novelties, a stand which was specially striking thanks to a lighting panel whose height sets it apart from the rest of stands and to the presence of a fully equipped Mercedes that caught everybody’s eye due to its aggressive design. Sagola presented, among other things, the new MINI XTREME, whose ergonomics and colour follows the same vein as the 4500 XTREME, becoming the crown jewel for the quick repair. Public also got to know models 3300 PRO and CLASSIC PRO, spray guns for the use of fillers with the best performance in HVLP and EPA, as well as the current range of Sagola filtration systems that, with its four models (5300, 5200, 5100 and 5000), cover all needs of the various users. In addition, together with this filtration system range, Sagola presented its PACK 6000 AIRHEATER as a novelty, which is expected to revolutionize the air treatment in the bodywork sector. Therefore, once more, Sagola, thanks to its quality and customer service, showed the most interest in the development of its R&D&i and its consolidated position in the international market, where it is an excellent alternative since it offers approvals issued by the world main paint manufacturers. Thanks from Sagola.
END_OF_DOCUMENT_TOKEN_TO_BE_REPLACED 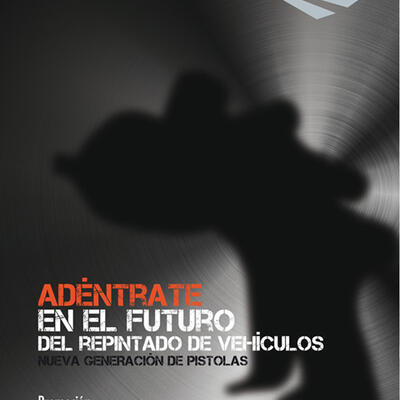 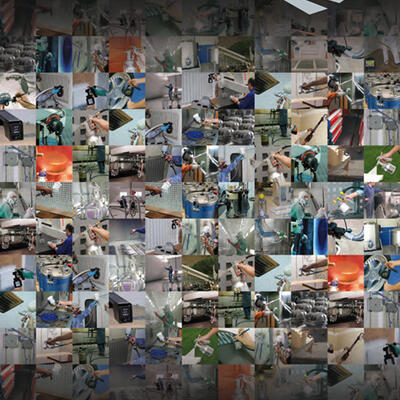 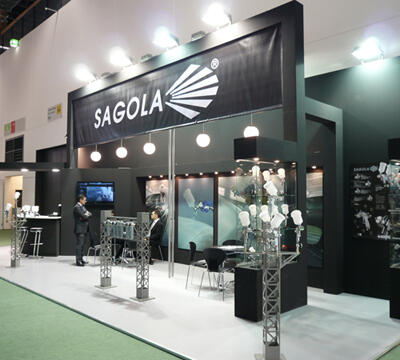